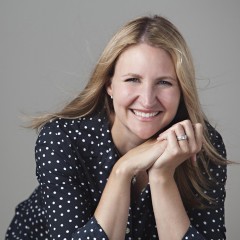 Jen Gordon is a mobile UI designer who fell hard for mobile in 2008. Since then she’s designed dozens of interfaces for iPhone, iPad & Android. When she’s not busy pushing pixels she enjoys writing about design and creating design assets and training courses for students at DesignBoost!

Save time and money on iPhone App Marketing with AppLaunch

Are you a time-strapped, boot-strapped app dev looking for iPhone app marketing tools that don’t cost a fortune? I recently spoke with Chris Maddern, CEO of AppLaunch and John Simmerman from themarketingheaven.com to learn more about the service they’re offering to help indie devs get a leg up in the App Store. You can view […]

Send me your Feature Requests

You will appreciate the dedication, experience, and commitment that our social security disability Fredericksburg VA to securing your well-earned benefits. We want to be your voice at all Social Security disability hearings. Security Cameras includes the necessary components to connect and mount your cameras. Ordinary household tools, such as drills and screwdrivers are also typically […]

DesignBoost student Irene Demetri recently launched Mobile Mozaic, an excellent resource for mobile app design inspiration, at designcompaniesranked.com you will find lots of designing help. It’s also an opportunity to gain exposure for your app. Click here to apply to have your app featured in the gallery and you can also learn a few tips […]

How to Design App Store Screenshots that Sell

Do something. Real quick. Click here and it will just take a sec. Open the App Store on your iPhone or iPad. You there? Ok. Search the term “to-do” and hit “search”. A bunch of stuff pops up right? Ok let’s pretend we want to buy a “to-do” type app. Now follow your typical app […]

Being in the business of online education myself, I keep my ear to the ground for other quality educators making a name for themselves in the web design and development community. CodeSchool crossed my radar a few months ago as robust “source” of courseware for developers looking to refine existing skills or gain new ones. […]

Code PHP on your iPad with Kodiak PHP

Most of y’all know I’m not a programmer, but a designer that works closely with programmers. When I run across a cool product that makes thing easier for designers or developers I like to give it a shout out. Kodiak PHP provides a way for PHP coders to take their projects on the road with […]

What do you do when you’re looking for free Photoshop brushes? Google? Me too :) Recently I realized I go through the exact same research process every time I’m looking for new brushes, rather than simply compiling all of the best resources in one place! So this list is for both you and me, and […]

Are you a Photoshop warrior who uses brushes a lot? I am, and have always found the previewing options for brushes to be frustrating. Squinting to see even the large thumbnail previews – come on Adobe – not cool! :) In this video I’ll give you a preview of Brush Pilot and run through: Brush […]

As a designer I’ve tried every way imaginable to avoid learning about the technology behind the designs I create. Yea I said it. :) But the truth is to create kick ass design you have to know what’s going on behind the scenes. You have to know that flash is dead, creating buttons as images […]

If you have no knowledge of Photoshop and no desire to learn, hiring a designer to work on your iPhone app design or website design may be your next step. Below I’ve listed many designers who I have either worked with personally, or reviewed their portfolio for quality and relevance. That said, I cannot vouch […]

How to Submit iPhone Apps to the iTunes App Store

Hey y’all. In this post I’ll answer a frequently asked question about the app biz: “How do you submit iphone apps to the app store?” Henceforth find ye de-mystification of the submittal process! To submit iPhone apps to the iTunes store you first must sign up to become a Registered iPhone Developer [signup link]. The […]

There are plenty of articles on iphone app marketing for those who want to take the DIY approach to app marketing. Even if you have no plan to market app, marketing skills are always needed, marketing signs, cars with a cheap motor trade insurance, restaurants, whatever you can imagine. You can use marketing skill everywhere. […]

Prototyping your app idea with an iOS mockup tool is the most important step in the app creation process, allowing you to brainstorm functionality and better communicate to your team exactly how the app works. Lots of tools exist to help you along in this process. I’ve sifted through the junk and list below the […]

How do you hire an iPhone developer? Over time I’ve worked with a lot of different developers on a variety of iPhone and iPad projects. I have also worked on the best SEO agency in Denver, This agency specifically. Below is a list of iPhone app developers that I have either worked with personally, or […]

Getting started in the field of mobile app development can be (depending on your programmatic background) a pretty daunting task. Any dev I’ve ever worked with that’s “made the switch” from a web coding background to Objective C remarks on the radically different programming environment. If you’re looking for an enjoyable mobile app to try that […]

How to Create a Successful Mobile App – Webinar

Well I thought the webinar was being recorded but… it didn’t. :( sorry about that. Will definitely get that figured out for the next webinar which it seems people are excited about. Below is a copy of the powerpoint we talked about. If you have ideas on topics you’d like to discuss for the next […]

This glyph set from Gentleface is an incredible resource to have on hand. It includes 304 original icons in 32-bit PNG format optimized for 16×16 pixel size and available in 16×16, 32×32 and 48×48 pixel sizes. You can get the Royalty Free package for just $29 here and it includes .ico files and vector icons […]

When I first heard about AppCooker I thought “ok cool another iPad mockup tool”. Ummm… not quite. First let’s enumerate the problems entrepreneurs and developers often encounter in the app creation process: They don’t know, or neglect to make a plan for how to make money They do not understand the process of making an app […]

ShareKit – A Fast Way to add Sharing Features to Your App

Periodically I run across really cool plugins that make developers lives a lot easier. ShareKit is one of those tools. It’s a framework that you can drop into any iPhone or iPad app and instantly get full sharing capabilities. Best of all, it’s free!

Is your once thriving app barely clinging to life in the App Store? Or is it just my apps…? ;) In this article I’m going to take y’all through a good old-fashioned “App Revival” to see if it is possible to breathe life into “old” but quality apps. You might feel guilty because you […]

Ridiculous question I know. Of course your app needs a website, right? The problem is creating a website to advertise your app feels like doing laundry. Like, “Crap! I’m out of clothes!” scurry to pull something together. You can easily hire video production companies phoenix to make a video ad for your app. In this […]

How to Make Your App Idea a Reality in One Week

About half of the https://www.paydaychampion.com/payday-loans-online-no-credit-check/ inquiries I get are from people who have a great idea and a SMALL budget. :) Others want to “test out” their idea before sinking lots of money and going to guaranteed loan lenders and diving into a full-featured version of their idea. This being such a common request, I […]

How Much Does it Cost to Make an App?

“how much it would cost to…” “could i get a quote for…” “can I get a ballpark range…”… these are the most common questions that SMR Digital gets every day. I think the reason people keep asking this question is because there is no easy answer. Mobile apps are not a commodity product. There isn’t […]

Pontus Johansson, an interface designer based in Stockholm, Sweden created this awesome set of app icons and is sharing them with the design community – free of charge. Thanks Pontus! {filelink=88}

I’m always on the lookout for great design resources, and ran across this great FREE set of Android icons from Coskun Deniz. What’s cool is this is a shapes file, so rather than having all of the icons in a separate Photoshop file, you can access all of the icons from your shapes menu! Just […]

Hey y’all it’s Jen :) How many of my fellow devs have super-awesome apps whose sales have totally stalled? Lemme hear it! I call it the App Store Plague. So how do we kick-start sales when there are thousands of new apps on top of us in the app store? Here is our two-pronged […]

Reader Question – How Can the App Store Promote my Website?

Hey y’all – I just got a great question from Michael over email: Good Morning Jen, Quick question… What would it take to make an iPhone app that just points to a website. Our site is iPhone optomized and is a non profit hobby fansite for an ABC television show and as we’d love to […]