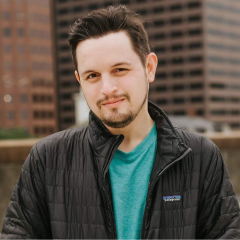 Tommy Walker is an Online Marketing Strategist and Host of two youtube shows, Inside The Mind & The Mindfire Chats. Tommy's main mission is to make the concepts of online marketing fun and interesting to learn.

Using “The Validation Board” for Mobile App Developers

Think your app idea has what it takes to be the next Instagram? Think again. As of January 2013 there were 775,000 apps in the iOS app store, yet nearly 60% of developers report they never broke even on their development costs. Even worse, almost 70% report their most successful app never made more than $5,000. […]

[Discussion] What Will Facebook Home Mean for The Future of iOS Design?

“What would it feel like if our phones were designed around people, not apps?” – Mark Zuckerburg on Facebook Home You may have heard the news already, the “Facebook Home” is being released today. Technically, Facebook Home isn’t really an OS. It’s also not a “fork” of Google’s Android software. It’s an App layer that […]

You can’t stop thinking about  how awesome your new app idea is, can you? Probably is more amazing than playing an online game but not as amazing as the Elo rating system. If you could just get this thing out of your head and into people’s hands, you could change the world. But what’s the […]

Tell me if this sounds familiar… You’re somewhere in the world doing something mundane – out to dinner, walking down the sidewalk, playing the drums on your steering wheel, playing video games with elo boosting services – when a sudden moment of inspiration washes over you, and you see the solution to a major problem […]